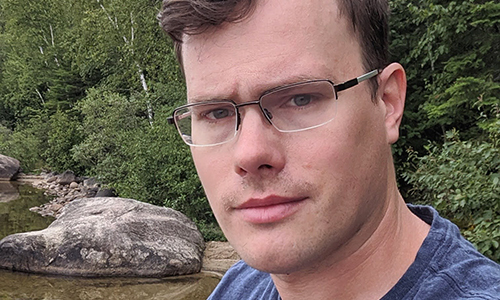 Michael is a senior videographer and jack-of-all-trades at the Environmental Conservation Lab.

His work with Wa Ni Ska Tan involves professionally recording interviews with elders and land users so that the research can be disseminated to a wider audience.

He co-directed and filmed the feature-length documentary One River, Many Relations (2014) about Fort Chipewyan, a community downstream from the Alberta oil sands and the B.C. Bennet Dam. The film explores entirely from a grassroots community perspective the impacts of industry and energy production on their territory.